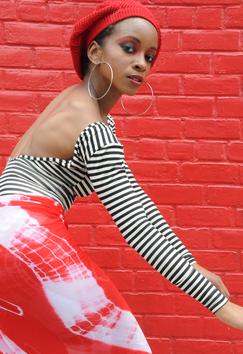 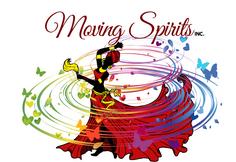 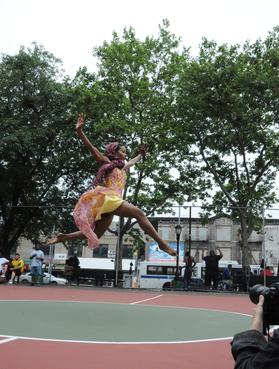 Ms. Williams is a native of Augusta, GA where she began her dance training at Davidson Fine Arts Magnet School. Tamara participated in Georgia’s Governor’s Honors Program for dance during the summer of 2001, attended Philadanco’s summer intensive in 2004, and experienced Chicago during the summer of 2005 studying at Deeply Rooted Productions. She fulfilled two years in Dance Repertory Theatre at Florida State University under the direction of Lynda Davis. She earned her BFA in Dance from Florida State University, is a certified GYROTONIC(R) Trainer, Reiki Practitioner and Capoeirista. She received her MFA in Dance from Hollins University in collaboration with The American Dance Festival, The Forsythe Company, and Frankfurt University in Frankfurt, Germany.

Tamara's choreography has been performed nationally at the 2006 ACDFA Southeastern Concert in Tallahassee, FL, Dance Charlotte!, the Amalgamate Artist Series, the JT Lotus Choreographer's Showcase, The Boogie Down Series at BAAD!, the DUMBO Dance Festival, DCA's Women in Dance Series, the Cool NY Festival, Dixon Place, WAXworks, the Brooklyn Arts Exchange, the Smack Mellon Gallery, the Actor's Fund Arts Center, Fertile Ground Series at Green Space, and many others.  Her work has been performed internationally at the Student Kultural Center in Belgrade, Serbia; the Voltahalle in Basel, Switzerland; The National Museum of Trinidad & Tobago;  Espacio Xisto in Salvador, Brazil; the Rex Nettleford Conference|Edna Manley College in Kingston, Jamaica; and at Performatica in Puebla, Mexico.

Tamara has trained intensely in Bahia, Brazil in Silvestre Technique, samba roots and African-Brazilian dance. She has a forthcoming book regarding Silvestre Dance Technique, a form created by her mentor Rosangela Silvestre. Her article, “ Reviving Culture Through Ring Shout”, explores the evolution of Ring Shout traditions and is published in The Dancer-Citizen Journal. She has a forthcoming article in the Monograph, Fire Under My Feet: Historical Perspectives on Dance in the African Diaspora.

Tamara was a 2012 recipient of the Artist Residency Fellowship at the Dance & Performance Institute in Trinidad. She was a 2013 recipient of the Harlem Stage/Aaron Davis Hall Fund for New Work grant, and a 2014 &  2016 Community Arts Fund Grantee by the Brooklyn Arts Council.  She was the 2014 Lecturer/Emerging Artist-in-Residence at Penn State University- Altoona.  Moving Spirits, Inc. was the 2015 Company-in-Residence at the Jamaica Center for Arts & Leadership in Jamaica, Queens.  Tamara, also  was 2015 and 2017 Turkey Land Grove Foundation recipient in which she participated in two seven-day dance writing residencies in Martha's Vineyard. She was a 2015 Fall Space Grant recipient, awarded by the Brooklyn Arts Exchange.  In 2016, Tamara was awarded the 2016-17 CoA+A Faculty Digital Making Grant from the College of Arts + Architecture at UNC Charlotte. She has received several UNCC mini diversity grant awards, and a Chancellor’s Diversity Challenge Fund award. Tamara has received two Faculty Research Grants which has support her in depth study and investigation of Ring Shout Dance Traditions and Òrìṣà dances. Tamara was commissioned by the Kaatsbaan International Dance Center to create a new work for Moving Spirits, Inc. in 2018; the new work premiered during her Kaatsbaan UpStream Residency in the Hudson Valley, NY. Tamara has received several  Culture Blocks grants from the Mecklenburg County Arts & Science Council. The funding supports Moving Spirits' ongoing free African diaspora dance workshops throughout the Charlotte community. She is a College of Arts + Architecture faculty recipient of the 2019-2020 Board of Governors Teaching Award. In 2021, Tamara became an Arts and Science Council Emerging Creative Fellowship recipient to continue her research in Ring Shout traditions in the low country of the United States.

Tamara has taught master classes in New York City, San Diego, San Antonio, Atlanta, Tallahassee, Charlotte, Altoona, Trinidad, Mexico and Jamaica. She offers free master classes to the general public through Moving Spirits, Inc. She has worked as a Program Director for the Arts and Literacy Program in Brooklyn and is dedicated to continuous work in underprivileged communities.  Tamara is an Assistant Professor of Dance at The University of North Carolina at Charlotte.