"Dancing, for me, no longer has significance on the stage if it does not address comeunity or urge audiences to think about values, identity or each other." 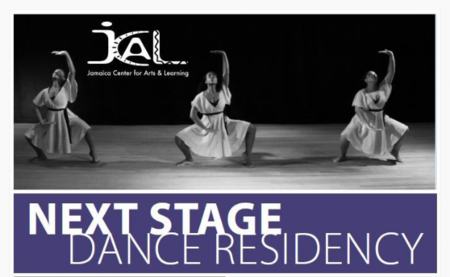 Moving Spirits, Inc. received an Artist Residency at the Jamaica Center for Arts in Leadership during the spring of 2015.

On February 21st, 2015, Moving Spirits, Inc. presented, Moving Spirits to Enlightenment at the Smack Mellon gallery.  This event was created in dedication to Mike Brown, Eric Garner, Akai Gurley, Tamir Rice, Ayana Jones, Rumain Brisbon and other black lives that have been lost due to violence by the hands of law enforcement.

As the 2014 Artist-in-Residence at Penn State Altoona, Tamara taught, choreographed and developed new works for the students at the university.

The  dance students and Penn State Altoona's Ivyside Dance Ensemble performed their work at the Misciagna Family Center for Performing Arts in December 2014. 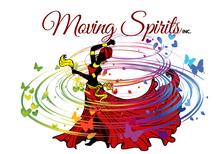 Dancing in the Parks: Bushwick Community Festival is a community event, in the heart of public housing projects in Bushwick, created to uplift community. Local community artists, student programs, community organizations and dance companies joined together in afternoon performances.

Made possible by a Community Arts Grant from the Brooklyn Arts Council.

"A new book by Assistant Professor of Dance Tamara Williams explores Silvestre Technique, the contemporary dance technique founded by Rosangela Silvestre as an extension of the spiritual dance traditions of enslaved Africans in Brazil. Giving Life to Movement: The Silvestre Dance Technique was published by McFarland in March 2021."

""Williams’ highly-regarded research, teaching, and community engagement work disseminates ideas and practices related to dance forms of the African diaspora,” Ann Dils, chair of UNCC’s Department of Dance said in Williams’ nomination letter. “She has an excellent record of innovative teaching at UNC Charlotte. Williams’ Dance and the Community course brings students into collaboration with members of community organizations such as the Camino Center and Aldersgate Retirement Center.”

"Williams decided to do things differently, partnering with Charlotte filmmaker Marlon Morrison and five of her dance students to create a documentary-style video showcasing their performance of the traditional Ring Shout dance, first practiced by African people enslaved in the West Indies and the United States. The class filmed its performances on the banks of the Catawba River, in front of the historic Siloam School, and at the only remaining slave dwelling in Mecklenburg County."

"“Since I’ve been doing such deep work in Ring Shout traditions, I thought it would be a wonderful opportunity to use technology, to use this time of a bit of isolation to go deep into the historical landmarks and how they are significant here in Charlotte in connection to Ring Shout, and why not put it in a dance film, so it could be documented and shared with a larger audience than just those who may come for a concert series,” Williams said. “It becomes a document that can be shared with other universities. It could be shared with museums. It could be dispersed to a larger national audience.”​