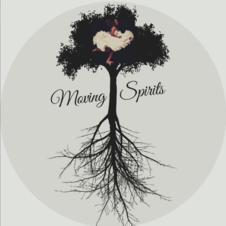 The Summer Workshop Series is FREE

Register for the Workshop Series Here.​​

Afro-Brazilian Dance explores dances from the northeastern regions of Brazil. The dances found in this region are inspired by the Yoruba, Angola, Nago, Bantu and Akan people of West Africa. Traditional dances including those that symbolize elements of nature (earth, water, air and fire) will be shared with participants. The dances combine at least two rhythms in their movement; movement syncopations can be found in the shoulders, chest, pelvis, arms, legs etc., with the different rhythms in the music. Afro-Brazilian Dance is a study of the connections between the rhythms and the traditional movement, archetype and story, of the elements of nature interpreted as an art form. Afro-Brazilian Dance encourages students to become aware of cross-cultural dance by means of investigating the societal development surrounding folkloric, religious and social dance traditions. 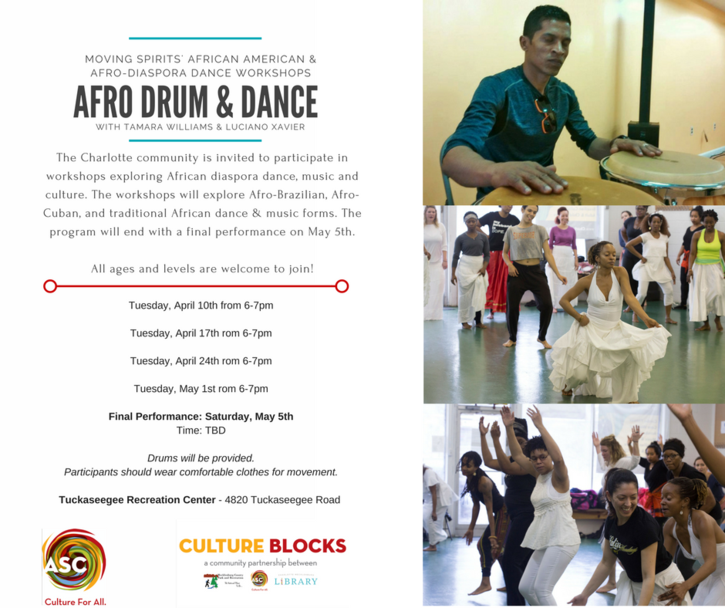 Vera Passos has performed in international venues in North and South America, Europe, and Africa. She has danced with the world renowned Balé Folclórico da Bahia, participated in collaborations with the eclectic American musician Steve Coleman on his tour of Europe in 2002-2003, and has choreographed for Orchestra Popular da Bahia, directed by Emilia Biancardi. She is currently a special guest dancer with the acclaimed Viver Brasil Dance Company.

Luciano and Tamara will lead participants through a high energy series of Samba Reggae rhythms & dances.

Luciano Xavier, is a native of Salvador, Bahia, Brazil. He grew up dancing, playing & performing Samba Reggae in it's birthplace of Salvador with the pioneers of the tradition.

Luciano is creating the choreography, Tamara is teaching. Luciano will be directing the music.

Come celebrate this dance of resistance with us!

Interested participants can perform the choreography on May 5th at the Tuckaseegee Recreational Center. 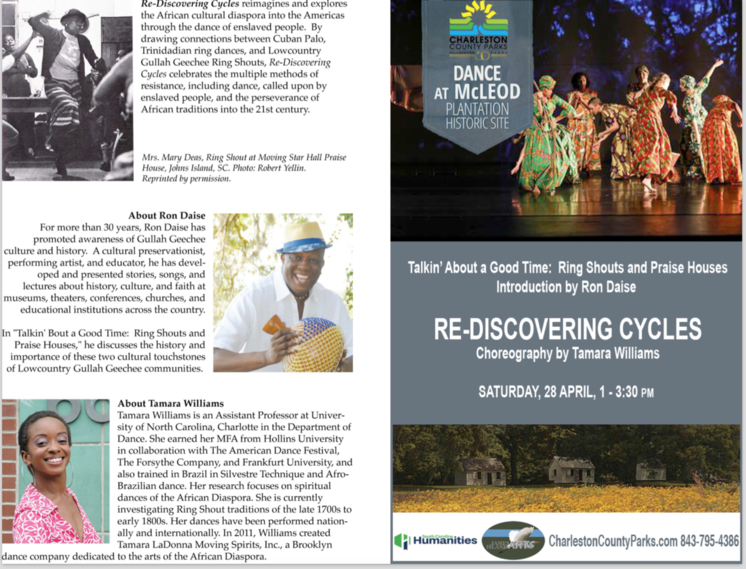 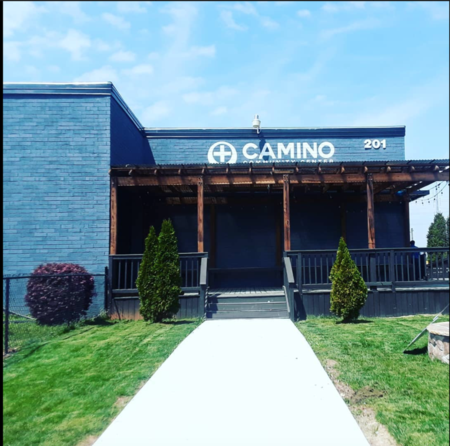 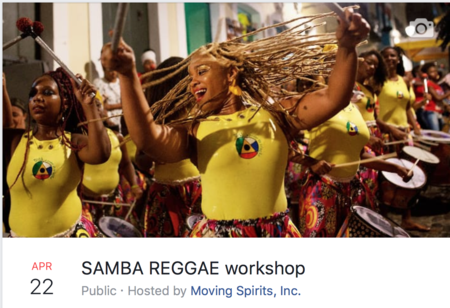 Participants must attend the entire series​

Come-Unity: Moving Spirits through Dance in East Charlotte is sponsored by Culture Blocks— a community partnership between ASC, Charlotte Mecklenburg Library and Mecklenburg County Park and Recreation to bring arts and cultural experiences closer to where residents live.

Thank you for registering for Moving Spirits' African Diaspora Roots of Dance & Music!! We look forward to dancing with you soon!

She will provide a 2-hour dance workshop, teaching the roots of Samba from the Bahia region of Bahia, Brazil.

The workshop will have live drumming, by Master Percussionist, Luciano Xavier.

Dancer, choreographer, teaching artist and scholar, Tamara Williams, will be starting an Afro-Latinx dance program at the Camino Community Center through the newly found Communiversity Program in Charlotte.

Communiversity provides the platform for intersections of Community partnerships with UNC Charlotte, engaging students in the community through curriculum while providing the community with needs targeted through studies.

Vamos dançar while learning about the cultural histories, aethestics and significances of Afro-Latinx dance forms.

We believe that the resources of the university should be shared back with communities. Especially since oftentimes, universities are responsible for the displacement of local residents.

Tickets can be purchased at: ​http://afrobrazilianworkshopscharlotte.brownpapertickets.com